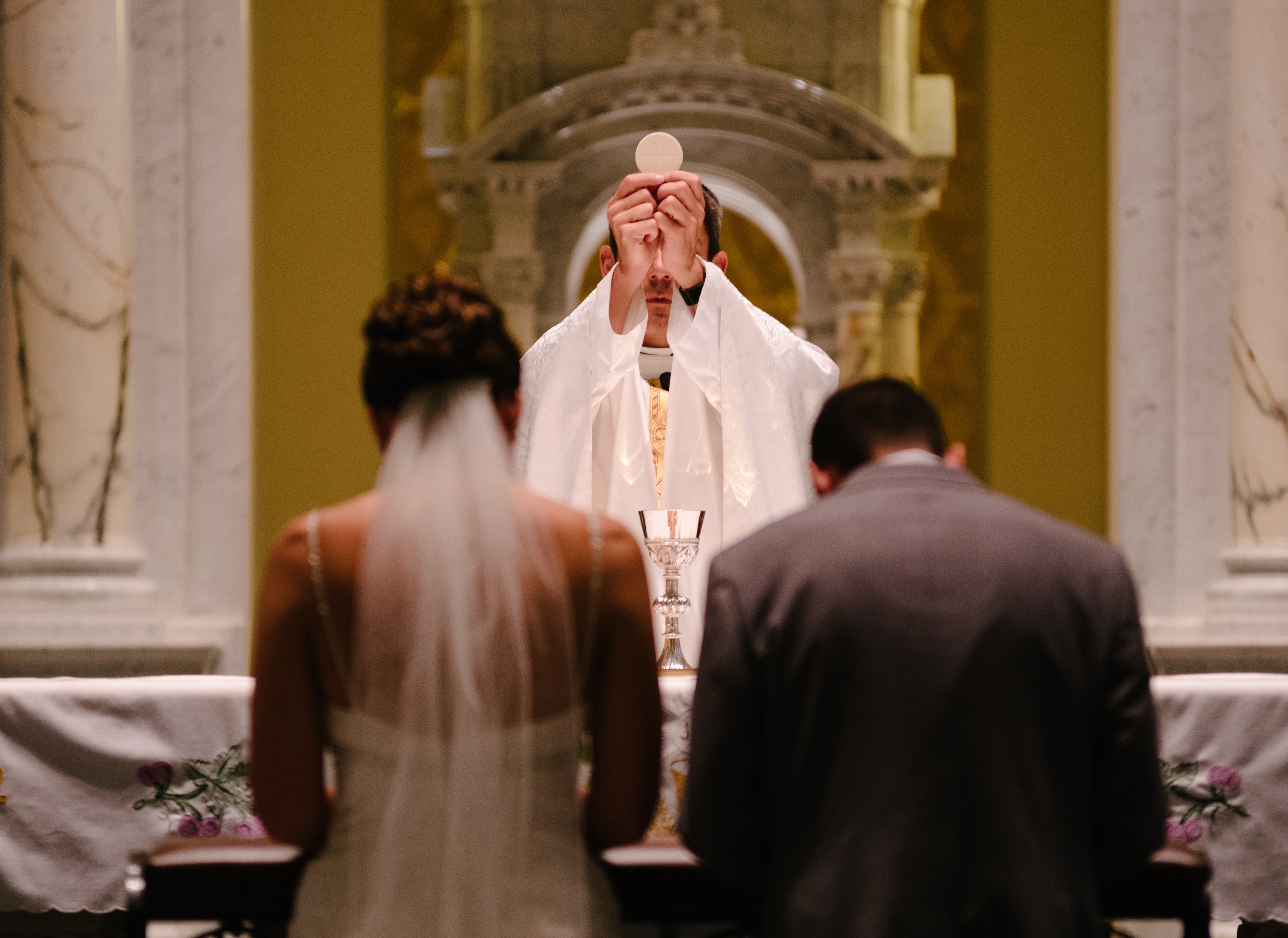 Flowers, candy, red hearts and romance. That’s what Valentine’s day is all about, right? Well, maybe not.

The origin of this holiday for the expression of love really isn’t romantic at all—at least not in the traditional sense. Father Frank O’Gara of Whitefriars Street Church in Dublin, Ireland, tells the real story of the man behind the holiday—St. Valentine.

“He was a Roman Priest at a time when there was an emperor called Claudias who persecuted the church at that particular time,” Father O’Gara explains. ” He also had an edict that prohibited the marriage of young people. This was based on the hypothesis that unmarried soldiers fought better than married soldiers because married soldiers might be afraid of what might happen to them or their wives or families if they died.”

“I think we must bear in mind that it was a very permissive society in which Valentine lived,” says Father O’Gara. “Polygamy would have been much more popular than just one woman and one man living together. And yet some of them seemed to be attracted to Christian faith. But obviously the church thought that marriage was very sacred between one man and one woman for their life and that it was to be encouraged. And so it immediately presented the problem to the Christian church of what to do about this.”

“The idea of encouraging them to marry within the Christian church was what Valentine was about. And he secretly married them because of the edict.”

Valentine was eventually caught, imprisoned and tortured for performing marriage ceremonies against command of Emperor Claudius the second. There are legends surrounding Valentine’s actions while in prison.

“One of the men who was to judge him in line with the Roman law at the time was a man called Asterius, whose daughter was blind. He was supposed to have prayed with and healed the young girl with such astonishing effect that Asterius himself became Christian as a result.”

In the year 269 AD, Valentine was sentenced to a three part execution of a beating, stoning, and finally decapitation all because of his stand for Christian marriage. The story goes that the last words he wrote were in a note to Asterius’ daughter. He inspired today’s romantic missives by signing it, “from your Valentine.”

“What Valentine means to me as a priest,” explains Father O’Gara, “is that there comes a time where you have to lay your life upon the line for what you believe. And with the power of the Holy Spirit we can do that —even to the point of death.”

Valentine’s martyrdom has not gone unnoticed by the general public. In fact, Whitefriars Street Church is one of three churches that claim to house the remains of Valentine. Today, many people make the pilgrimage to the church to honor the courage and memory of this Christian saint.

“Valentine has come to be known as the patron saint of lovers. Before you enter into a Christian marriage you want some sense of God in your life—some great need of God in your life. And we know, particularly in the modern world, many people are meeting God through his Son, Jesus Christ.”

“If Valentine were here today, he would say to married couples that there comes a time where you’re going to have to suffer. It’s not going to be easy to maintain your commitment and your vows in marriage. Don’t be surprised if the ‘gushing’ love that you have for someone changes to something less “gushing” but maybe much more mature. And the question is, is that young person ready for that?”

“So on the day of the marriage they have to take that into context,” Father O’Gara says. “Love—human love and sexuality is wonderful, and blessed by God—but also the shadow of the cross. That’s what Valentine means to me.”