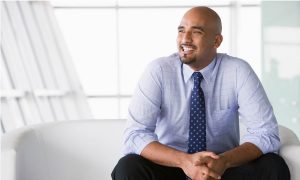 “Overconfidence can lead to poor decisions. Ultimately, pride is our root issue and humility is the best antidote.”

In a talk at Catalyst in 2009, Malcolm Gladwell tries to answer the question, “Why does confidence sometimes lead to bad decisions?”

As an example, he tells the story of the defeat of Union General Joe Hooker in the Battle of Chancellorsville during the Civil War. While Hooker had General Robert E. Lee’s army outnumbered two to one and had far superior intelligence, he was soundly defeated.

Hooker was so sure of victory that the night before the battle he said, “God Almighty could not prevent us from victory tomorrow.”

In an NPR interview, Lewis says about the book:

It explains why experts’ intuitive judgments can go wrong and why you need to have data to rely on as a check against the judgments of these experts.

Lewis describes a host of studies by Kahneman and Tversky that reinforce Gladwell’s argument that overconfidence is bolstered by a sense that we know more than we actually do. And this in turn almost always leads to poor decision making.

We live in an age where we take great pride in what we think we know. This arrogance stems from what the Bible calls pride. The book of Proverbs confirms Gladwell’s conclusion, “Pride goes before destruction, a haughty spirit before a fall” (Prov. 16:18).

C.S. Lewis, in Mere Christianity, has this to say about pride:

According to Christian teachers, the essential vice, the utmost evil, is Pride. Unchastity, anger, greed, drunkenness, and all that, are mere flea bites in comparison: it was through Pride that the devil became the devil: Pride leads to every other vice: it is the complete anti-God state of mind…it is Pride which has been the chief cause of misery in every nation and every family since the world began.

Lewis points out that the very first sin was driven by pride, and it wasn’t actually in the garden.

We read in Isaiah 14 of Satan’s fall from grace. Clearly, Satan’s sin was pride. This most wise, beautiful, and powerful angel wanted to be like God. Angry and rebellious, he no longer wanted to serve but to be served.

Man’s original sin was also fueled by the same pride. Genesis 3 shows how Satan lied to Eve by saying,

You will not surely die. For God knows that when you eat of it your eyes will be opened, and you will be like God, knowing good and evil (Gen 3:4b-5).

Deceived and confused, Eve’s pride fueled her desire to buck the created order and be God-like. Tempted by pride, weakened by unbelief, she disobeyed God’s command and plunged the human race into spiritual ruin.

None of us would have done much better. In fact, the Apostle James reminds us this same temptation confounds each of us daily:

Each person is tempted when he is lured and enticed by his own desire. Then desire when it has conceived gives birth to sin, and sin when it is fully grown brings forth death (James 1:14–15).

In this vein, 16th-century Pastor Jonathan Edwards observes that “[Pride]…is the chief source of all the mischief that he [the devil] introduces, to clog and hinder a work of God.”

We Don’t Have to Remain Lost in Our Pride

The Apostle Paul tells the Philippians,

Do nothing from selfish ambition or conceit, but in humility count others more significant than yourselves. Let each of you look not only to his own interests, but also to the interests of others. (Phil. 2:3-4)

In fact, throughout the New Testament, we are called to embrace humility as a way to live our lives in service to God and our fellow man. The word Jesus and the apostles used is the word tapeinos (in Greek), which we translate as humility. It literally means having the right view of ourselves before God and others and acting accordingly. It is not something we do as much as it is an attitude displayed in the way we live out our lives.

Three Ways to Correct Our Self-View and Cultivate Humility

So how do we arrive at a right view of ourselves before God and others?

The answer to this question will have profound implications for everything we do, including our vocational work.

The first place to look, of course, is God’s word. We have been given the Bible as a guide for faith and practice. As we study it, we will find that humility begins with understanding first who God is and then in turn who we are. From here we learn that true confidence comes when, by faith, we place our talents, gifts, and resources at the call of our Lord Jesus Christ.

Second, when correctly understood, prayer is an exercise in humility. We come before God, through Christ, asking to be forgiven of our sins and renewed by his grace. We should earnestly pray for the Holy Spirit to change our prideful hearts, for this is not something we can do in our own strength.

Finally, in the fellowship of the church, we see examples of others who have learned the power of humility. There is no greater example of this than Christ, the creator of the universe, who came to earth taking human form to serve, not to be served, and freely give his life as a ransom for many. (Phil. 2:5–11)

Andrew Murray, in Humility: The Beauty of Holiness, may have said it best:

Christ is the humility of God embodied in human nature; the Eternal Love humbling itself, clothing itself in the garb of meekness and gentleness, to win and serve and save us.

Humility stands in stark contrast to the hubris of our current world. Humbling ourselves could have negative consequences in our workplace or community. Yet, believers have the promise that “those who humble themselves will be exalted,” if not in this world, in the next (Matt. 23:12).

Hugh Whelchel is Executive Director of the Institute for Faith, Work & Economics and author of How Then Should We Work?: Rediscovering the Biblical Doctrine of Work. Hugh has a Master of Arts in Religion and brings over 30 years of diverse business experience to his leadership at IFWE.

To learn more about the Insitute for Faith, Work & Economics, visit www.tifwe.org.

This article is republished with permission from the Institute for Faith, Work & Economics ( www.tifwe.org ). IFWE is a Christian research organization committed to advancing biblical and economic principles that help individuals find fulfilment in their work and contribute to a free and flourishing society.