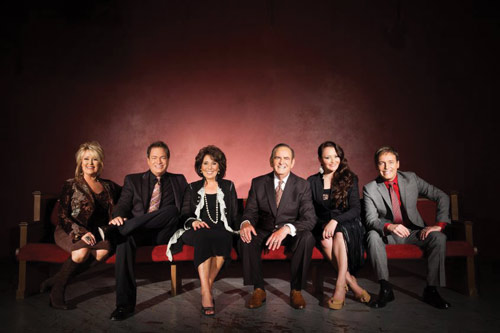 Originally formed in 1957 in Madison, North Carolina, today the Hoppers include Claude & Connie Hopper, son Mike, son Dean, his wife, Kim and their daughter Karlye.. A cancer survivor, Connie has been honored with the prestigious Marvin Norcross Award and has been inducted into the Southern Gospel Music Hall of Fame.
Their unique blend of harmonies and song choices have created a legacy of musical excellence.Known as America’s Favorite Family of Gospel Music, they are favorites on the Gaither Homecoming videos and tours, and their recordings frequent the top of the BILLBOARD sales charts and The Singing News radio charts.