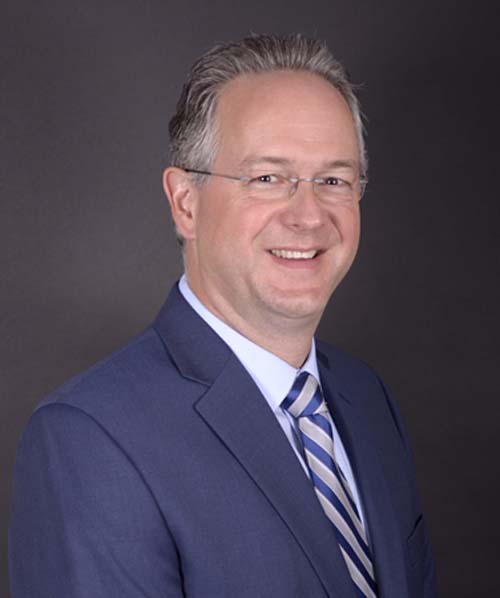 Darrel Geis, an alumnus of THE Ohio State University, joined the Christian Blue Pages sales staff in May 1991, while also serving as a campus minister at the University of Cincinnati. Since 1997, he has served as President of the Christian Blue Network, a Christian Business Directory network serving the print, web, mobile app, social media, and eMarketing needs of Christian-owned and operated businesses.

Darrel lives in Cincinnati with his wife, Karen, and two sons, Joshua and Jordan, who play Upward Flag Football and Basketball, and YMCA baseball. The Geis family attends North Cincinnati Community Church in Mason, where Darrel serves as a greeter team captain and a Wee Worship (children’s church) leader.

One thing that you may not know about Darrel is that he has a unique talent for which he is quite proud – he can recite the 50 states in alphabetical order, in under a minute, while juggling tennis balls.

Darrel’s commitment to rallying the Body of Christ in support of one another in business and ministry fuels the vision for the Christian Blue Network and their new digital brands, TrustBlueReview.com and the Trust Blue Mobile App. 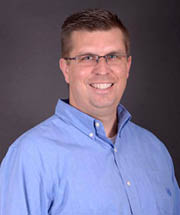 Brian Hegyi joined the Christian Blue Network in December 2006 as an Account Representative and in 2014 was promoted to the Director of Sales. He is passionate about serving his clients and walking with them through various phases of life. He also enjoys being part of an organization that actively seeks to be a light in the marketplace. Brian grew up in Huber Heights, OH and currently lives there with his wife, Jennifer, and three children, Ashlee, Joshua, and Alexis. Brian is a graduate of Cedarville University and is an ordained minister. He and his family attend First Light Church in Vandalia, OH. In his spare time Brian enjoys coaching youth soccer, camping, and bike riding. 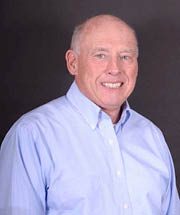 Gary Stanton has been an Account Executive, Vice-President of Sales, part owner of the Christian Blue Network during his 23 years will the company. After serving for over 20 years as an ordained pastor in local church ministry, he believes he was called to minister in the marketplace.

Gary has been married to his wife Cindy for 45 years. They make their home in the city of Montgomery, a suburb of Cincinnati. Ohio. They have been blessed with two daughters and six grandchildren. Gary and Cindy enjoy time with family and friends making memories. They have had the privilege to traveling throughout the greater United States and some overseas destinations like Israel, Romania, Europe and future countries to be determined in the years ahead.

Gary and Cindy are actively involved in Christ Church in Mason. They lead a Community Group and participate in a variety of ministries within the congregation. Gary is also a certified David Ramsey advisor. Gary serves on the board of Remember the Children, a ministry to orphan children in Romania, and their new area of ministry in Tanzania, East Africa. Gary earned his undergraduate degree from Cincinnati Christian University, and Master of Ministry from Kentucky Christian University. 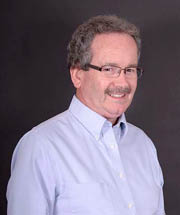 Mark Jurgens has been an Account Manager for the Christian Blue Network in the Indianapolis area for 18 years. A Buckeye by birth, a Boilermaker by marriage (30 years), and a Hoosier by choice, Mark joined the staff of Christian Blue Network on January 2, 2002. He is a graduate of Franklin University, and lives with his wife, Cheryl, in Fishers, Indiana.

Throughout his tenure, Mark has partnered with many of the Christian Blue Network ministries in Central Indiana through volunteerism and financial support. He especially enjoys fundraising for ministries through golf tournaments and special events, and always looks for additional ways to increase the outreach of Christ-centered causes.
Mark currently serves as a Board Member of Christian Professionals (Rainmakers) where Christians in Central Indiana gather for networking, inspiring speakers, and roundtable discussions. “As iron sharpens iron, so one person sharpens another.” Proverbs 27:17.

He previously worked for 14 years in various positions with a multifamily and commercial real estate developer, eventually serving as the General Manager (Residential Division).
Mark served in the US Army for 3 years in Europe, mostly in Germany, and also traveled to England, Belgium, France, Austria, Spain and Italy.

He and his wife attend College Park Church Castleton.

Some little known facts about Mark:
1) After graduating from the Barvarian-American Ski Club, he won a Silver Ski Award, second place in a slalom skiing competition at Saint Johann in the Austrian Alps.
2) Mark played leisure tennis and competed at his best against a tennis pro at a tennis club – winning the set 6-4.
3) Mark and Cheryl are owners of a 101-acre farm in Putman County, where they grow corn and soy beans. They enjoy family, friends, eating-out and traveling. 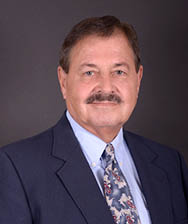 Ron Auble joined the staff of the Christian Blue Network in February 2014. A highly motivated and dedicated executive with over 30 + years of accomplishments in a wide array of sales, marketing, and operations management Ron is excited to combine his business knowledge and his love for Christ to serve the Christian Blue Network in the Columbus Ohio area. “The lord has surely led me to this position as it is the perfect fit for my abilities and His needs”

Ron has an entrepreneurial heart and has owned or operated numerous businesses both large and small, giving him a unique background which adds to his ability to partner up with all types of businesses helping them with their advertising needs.

Ron is a long time active member of the Worthington Christian Church in Worthington, Ohio where he serves as a Deacon of Fellowship as well as Director of Kindergarten for their VBS program. He resides in Worthington with his wife Gale and their daughter.