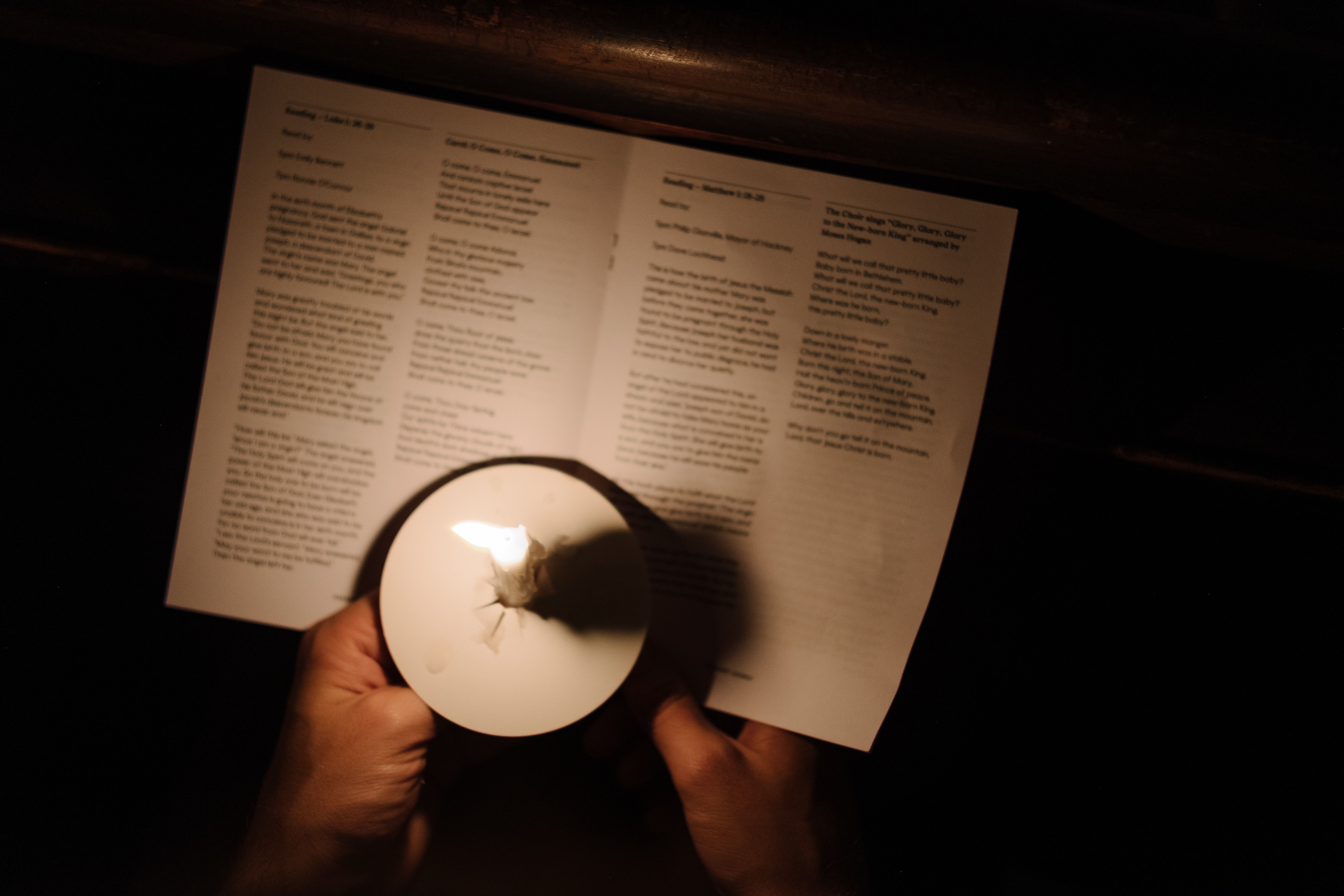 By Darrel Geis, 7 Words That Changed My Heart One Christmas

It was Christmastime in 1995, and I had organized a group from my church to go Christmas caroling. Using crudely assembled, photocopied song sheets, we ventured into the neighborhoods surrounding our church. In spite of the cold, more people showed up than expected, so afterwards, I dropped by the local United Dairy Farmers convenience store to pick up more hot chocolate for our post-caroling gathering for cookies and refreshments.

As I approached the counter, the store clerk, a female in her mid 30’s, commented that I looked “really cold.” When I told her that I’d been out Christmas caroling, she stopped in her tracks, stared at me and replied “I didn’t think anyone did that anymore.”

I will never forget that moment, because her response of surprise (and, I believe, silent wonder), changed my heart about the significance of what my church group had just accomplished. In bringing the Good News of Jesus’ birth in song to our neighbors’ doorsteps, we had not only revived an age-old tradition, but the Holy Spirit had also lit a fuse in my heart that has burned ever brighter to the present day.

The very next year, I felt the Christian Blue Pages should use its God-given platform in the marketplace to inspire (and equip) the body of Christ to re-capture the true meaning of Christmas. By then, the celebration of the birth of Christ had so noticeably been replaced by commercialism, and what I call the “Happy Holidays” mentality of the season. We made contact with a company that provided the traditional Christ-centered carols camera ready, and we launched the Christmas Carol Songbook in Columbus, Ohio in 1996.

In 1997, we provided a songbook for our two other markets as well – Dayton/Springfield and Cincinnati/Northern KY – and a ministry was born. Today, in addition to providing songbooks in all six metro markets we serve in Ohio, Kentucky, and Indiana, we support a citywide caroling outreach called Carol Cincinnati (celebrating its 8th year in 2017) and Carol 2017 in our other markets. In addition, the website www.gocaroling.com provides instructions on how to go caroling, carol group registration and prize opportunities, as well as free downloadable songbooks.

Yes, Christians are restoring the spirit of Christmas once again through caroling, and having fun doing it! It’s an expression of God’s love that makes people step away from the busyness of the season to reflect on the wonder of the King Jesus, born in a manger. Here are a few stories of caroling experiences we’ve had over the years…

Story #1 – I knew God was doing something through the Christmas carol songbook when in the late 1990s a lady from Cincinnati who had picked up copies of the songbook at a Christian bookstore wrote me a letter to thank me for them. She was getting ready to host her family’s Christmas party again but had been concerned that it had gotten “too commercial” and was all about the presents. She decided to “interrupt the chaos” by having everyone (30+ people) sing Christmas carols together. In her words, “It literally transformed our Christmas celebration. We have started a new tradition for the next generation. Thank you so very much.”

Story #2 – While gathered for our company Christmas party one year, the Christian Blue Network staff decided to go caroling in an urban section of Dayton. One lady in Dayton came out of her house to listen, and, with her young son on her knee, cried tears of joy. I believe, at that moment, that we made her Christmas – through a simple act of kindness and love. Later during caroling, one of my staff members learned a valuable lesson – keep the songbook away from the lit candle he was carrying (Whoosh!)

Story #3 – A few years ago, while my family was caroling in a Springdale neighborhood, we noticed someone across the street had turned on their porch light and opened their door, “inviting us” to come. It was an elderly lady, probably a widow, and after we sang to her, she smiled and said: “Keep Christ in Christmas”. Then, literally three doors down from her, another elderly lady, after we finished singing, exclaimed: “I haven’t seen carolers since I was a teenager!”

My encouragement is to take one hour out of your busy holiday season – from Christmas shopping, decorating the house, preparing food, and wrapping presents – to “live in the moment” by going Christmas caroling and at a nursing home, your neighborhood, or in the community around your church. Once you do, you may find that “I didn’t think anyone did that anymore” might be 7 words that will change your heart, too…

May every heart prepare Him room!